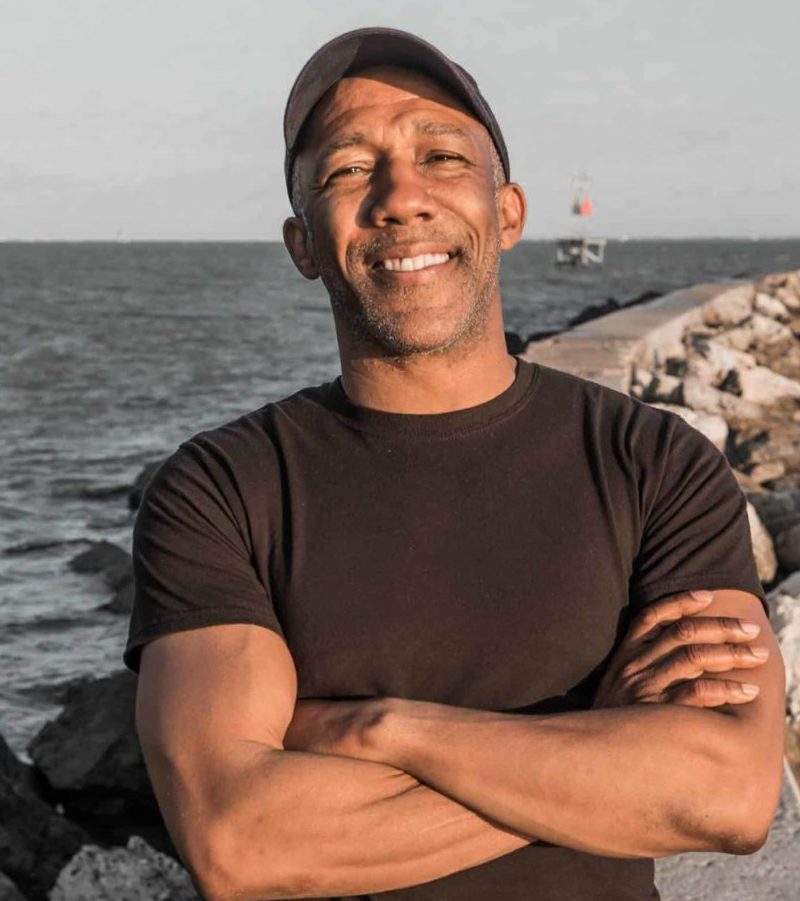 Chief Executive Officer
My name is Roderick Barnes. Since I was 5 years old, I have been fascinated by computers. Why? It goes back to my first epiphany concerning technology: computers are more than a little cool because they have the ability to follow instructions. Although I was keenly interested in computers it would be another 9 years before I would get the chance to work with them. At 14 I was accepted in the PREP program in San Antonio, Texas. During my studies at UTSA, I was introduced to mainframes and BASIC. My poor grandparents often had to drive across town to pick me up at the end of the day. I kept missing the last bus because I could not break away from the thrill of writing programs in BASIC. I was hooked. Why? It follows out of my second epiphany: the real limitations of the computer are in my head… not the hardware. I was hooked on the thrill of solving problems using logic, creativity, … and computer.
After college, I got my first job writing software for a company that sold property management solutions. It took a while for me to get excited about that work. Between work on reports, features, and implementing fixes, I had two pet projects. In one project, I created a utility that would analyze source code and create call trees. In my other project, I worked on understanding how to write interpreters. (Interpreters make it possible to add functionality or flexibility to the software without having to rebuild it.) “What if,” I thought, “I could create a more dynamic reporting system by leveraging interpreters and metadata about the database?” It would be years before I would solve problems in the reporting space. But I had begun the journey of learning to use technology for (1) business intelligence and (2) to make data meaningful.
In 1999 my wife and I formed BIF Technologies, Corp. By this time, I had served as a software developer with a couple of companies. Over the years the problem of making reports dynamic had come up over and over again. By 2003 I had my second epiphany: correlation without code is key to expeditiously making data meaningful. God allowed me to codify an approach to creating a drill down or correlation between datasets without having to write code. In 2006, I was awarded the patent and the earnest endeavor to make business intelligence easier had begun.
Since then, BIF Technologies has grown in size and abilities. We have a team of talented people with big hearts. They work hard to produce business intelligence solutions, well-written web applications, and innovations for helping people in the community. Along the way, they have written books, created programs for helping needy children, and fielded technical solutions that are making lives better. They have given me my third epiphany: more important than the coolness of machines are the hearts of people that would use technology to help others.
When I am not programming with one of our teams you can find me serving in a local church, mentoring a few college students, or working with my wife to raise our six boys and granddaughter.
In high school, I was blessed with the opportunity to learn to program in a summer internship at Brooks Air Force Base under Neal Takamoto. During the few months I had under Neal’s tutelage, I struggled with syntax, trying to edit Pascal programs using WordPerfect, and the fun and frustration of creating a program for processing heartbeat data. At the end of that summer, I was hooked. Every spare moment after that internship was spent learning more about programming languages, operating systems, and creating software. 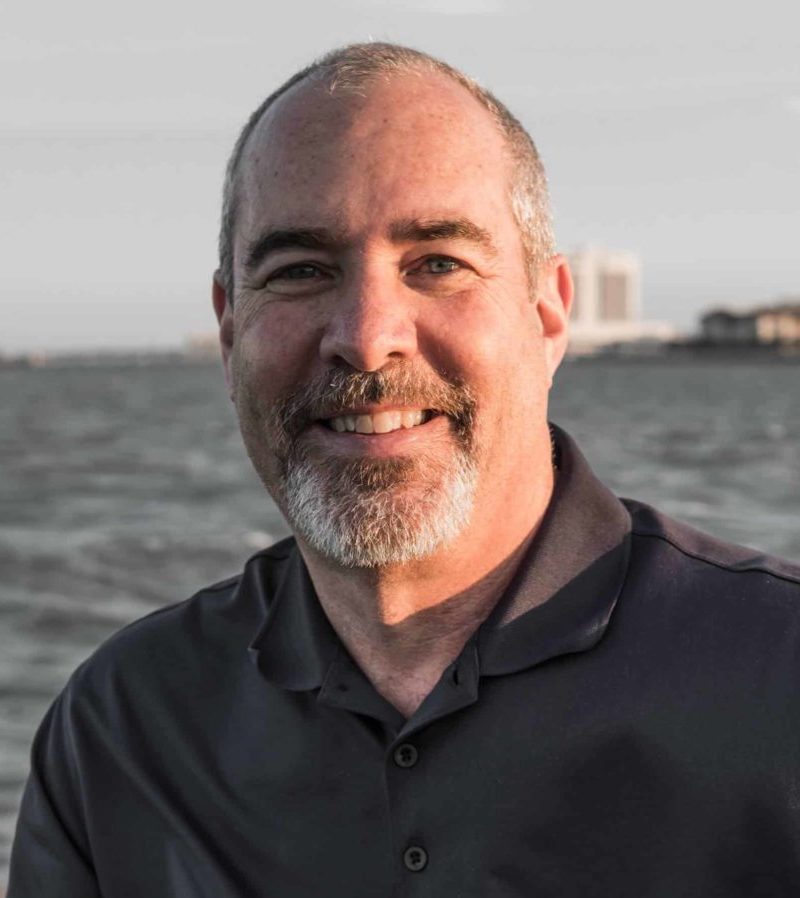 Chief Growth Officer
My name is Mike Smith and I am the Executive President and Chief Growth Officer of BIF Technologies, Corp. I am responsible for sales and marketing activities for all BIF business units – building a pipeline and capturing new consulting customers, identifying and executing revenue growth strategies in our commercial business, especially as it pertains to BIF’s dashboard as a service offering. I also provide the voice of the customer feedback – providing customer input to the product development team regarding BrainJack enhancements, new functionality in the tool, new or improved capabilities in the BrainJack modules, and other customers centric insight. Build business partnerships to expand BIF Training in support of BrainJack’s dashboard as a service business plan and other responsibilities as needed. I have been working for the company for the past 6 years. My past education is a Bachelor of Science Degree in Business Administration from Guilford College. I have more than 35 years of direct sales and sales management experience with companies selling high volume copy machines, software, and professional services. BIF offers a challenging work environment with smart, dedicated people that I care about personally, professionally, and spiritually. The opportunity to make a difference in our customer’s lives (personally and professionally) by enabling them to improve their decision making based on information from a variety of sources. Freedom to think outside the box and solve problems in different ways. Ability to integrate and balance faith, family, and work. 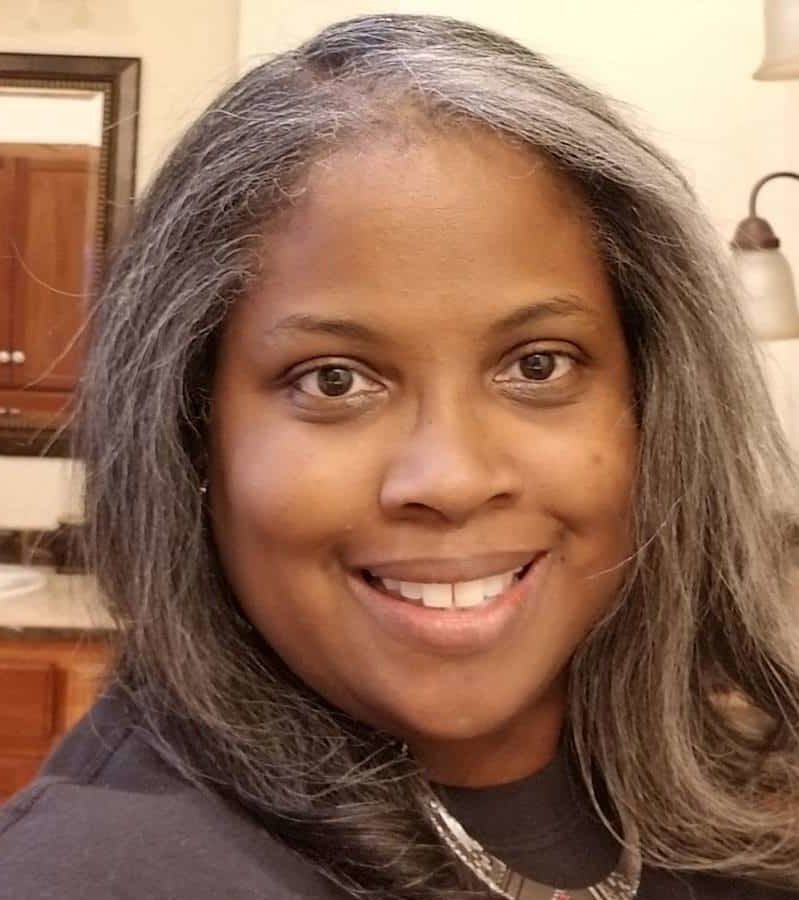 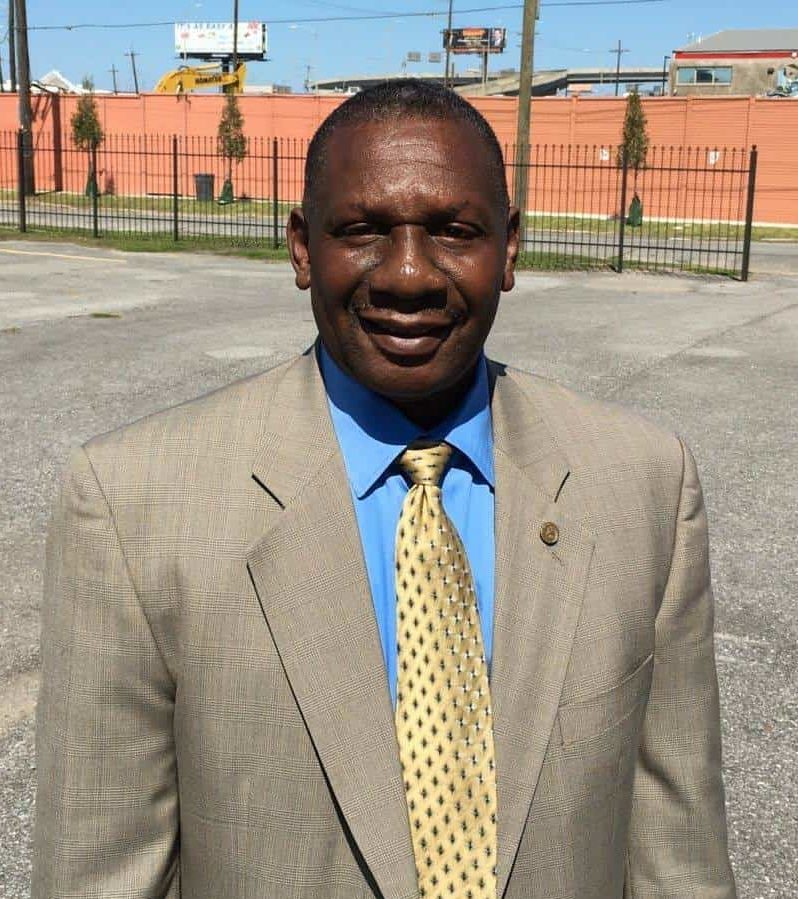 Chief Operations Officer
My name is John Bellizan and I am the Chief Operating Officer for BIF Technologies. My main role is to plan and direct all aspects of the organization’s operational policies, objectives, and initiatives. I report to the CEO and works as a key member of the company’s leadership team to establish and promote the company’s vision and goals.

I joined the BIF Technologies team in January of 2018. I hold a Bachelor of Arts in Accounting from Southern University, Master of Science in Contracting Management, Systems Acquisition from Florida Institute of Technology, and a Certificate of Technical Studies in Commercial Contracting from Villanova University. I am a graduate of the Army’s Finance and Accounting School, Logistic Management College, Command and General Staff College, and the Defense System Management College for Program Management. I have a combined 40 years of Military and Federal Civil Services experience in the disciplines of Finance and accounting, Logistics, and Contract Management.
In my leisure time, I like to fish, and on occasion participate in Bass tournaments. I consider myself one of the best patching horseshoes. Working at BIF Technologies gives me the opportunity to share and promote the company’s vision; providing Government and Commercial industry a Business intelligence tool that provides real-time data to shore up and streamline their business practices. 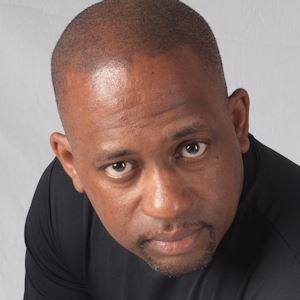 Project Manager
My name is Robert Hollis and I am a Software Engineer and Project Manager for BIF Technologies. My main responsibilities are software development, security consulting, project management. 3 years. I hold a Bachelor of Science in Electrical Engineer, University of Notre Dame. My prior experiences are 20+ years of experience as a DoD Contractor working software development, software maintenance, software management, program management, security consulting, and tech support, supporting NIST, DISA, MITRE, Lockheed-Martin, CSC, and ThreatGuard in pioneering the SCAP protocol which is now used across the government to secure desktops and servers. Working for BIF gives me the opportunity to openly practice my faith in a professional environment. Practicing my faith means honoring God through excellence. 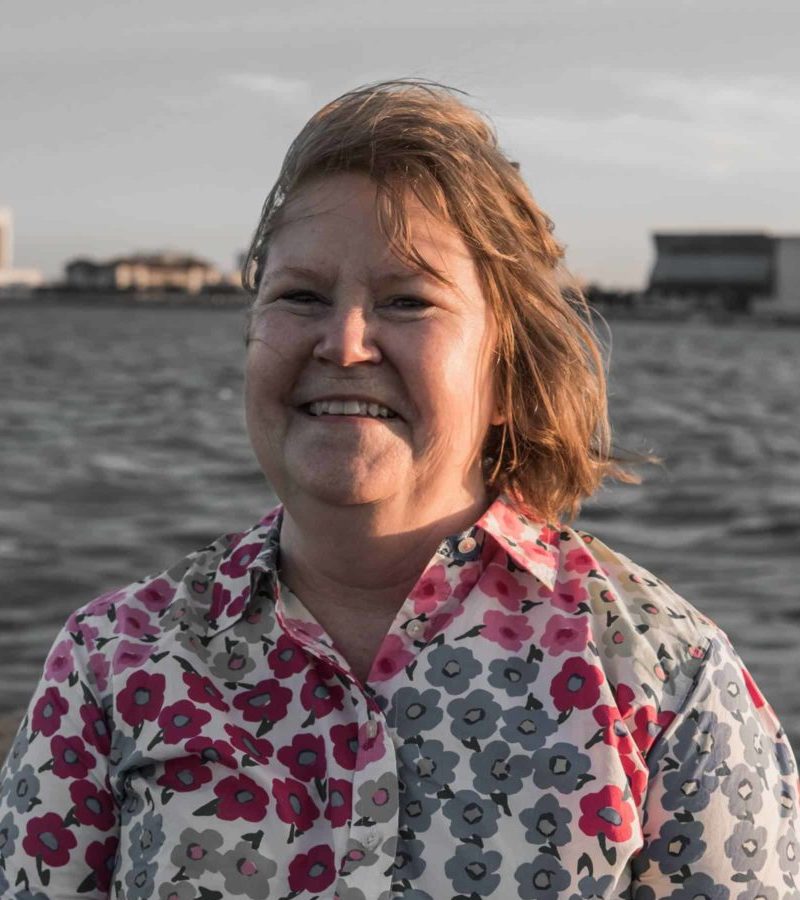 Project Manager
I am the Director of Education & Training. My main responsibilities are creating education/training manuals for products, produces graphic displays for manuals and other BIF related products. Creates Training Plans based on customer needs. Provides training for customers during software implementation. Test products and provides feedback to the BIF team on functionality. It provides research related to training and education. WMSNi Project Manager – Acts as a knowledge expert for nursing products and provides functional guidance and translation between team and customers. Provides project management for product implementation. I have been working for BIF since January 2016. I received my Ph.D. from Vanderbilt University, MHA Baylor University, and a BSN Western Kentucky University. I was a Consultant to the Army Surgeon General for Nurse Methods Analysts, Assistant Professor of Baylor University, Nurse Methods Analyst (Hospital and Regional levels), Registered Nurse (various clinical and leadership roles), and 35 years of military experience. During my downtime, I like reading historically correct fiction. Working for BIF means is a collaborative and supportive environment with quality colleagues. 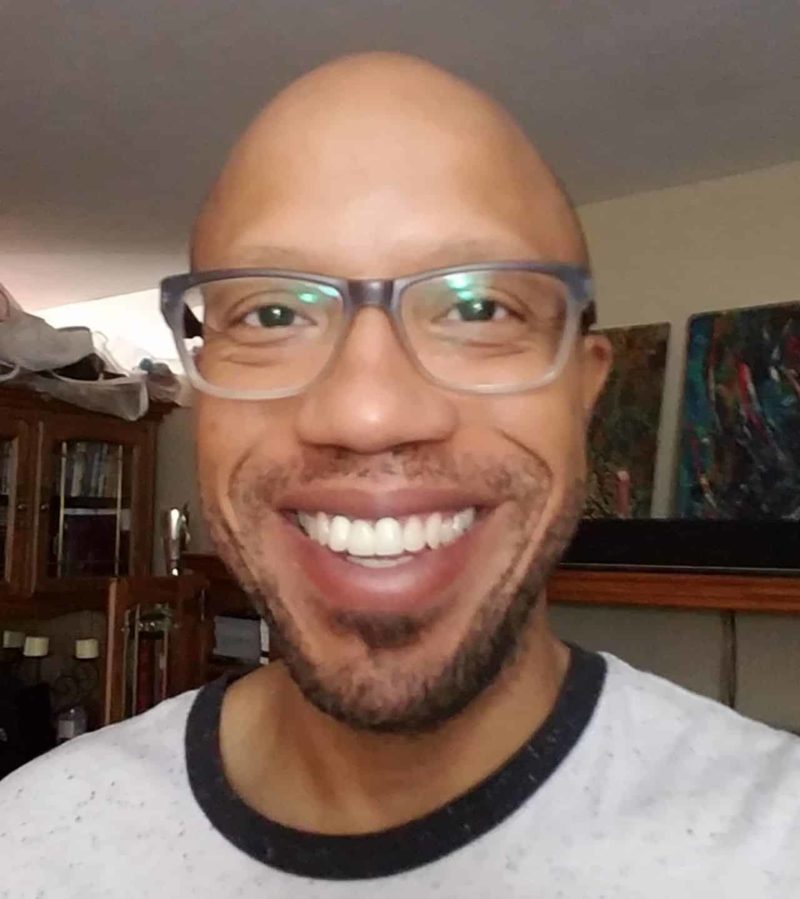 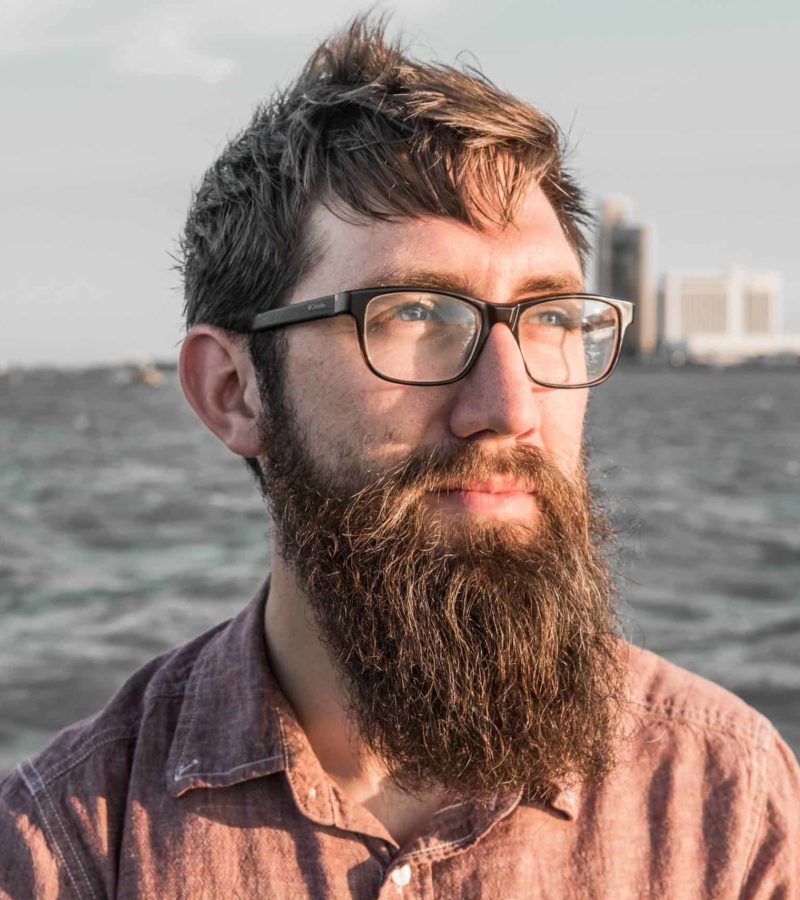 Business Intelligence Specialist
I am a Business Intelligence Professional for BIF Technologies. I am a part of the WMSNi project as the Technical Lead. My roles and responsibilities include publishing and designing the WMSNi Situational Awareness Report (SAR), database and business intelligence development, as well as technical documentation. I graduated from the University of Texas at San Antonio with a Bachelor’s of Psychology in 2013. Since February of 2015 I have been support WMSNi and have been certified with CompTIA (Security+) and Oracle (OCA). Outside of work, my hobbies include 3d printing, motorcycle restoration and carpentry. I like working for BIF Technologies because there is a great culture of collaboration and self development. 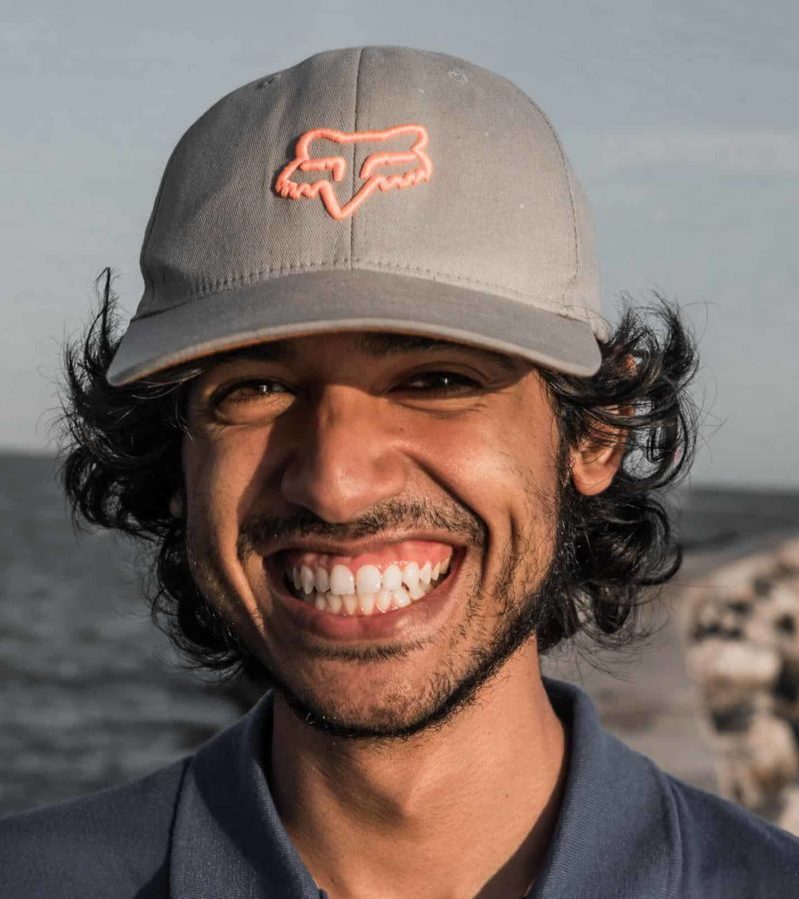 Solutions Developer
My name is Moises Garza and I am a Solutions Developer for BIF Technologies. My main responsibility is working as a WMNSNi consultant. I have been working for BIF Technologies since June of 2016. I attended the University of Texas at San Antonio and graduated with a BS in Computer Science in 2017. Working with BIF Technologies has allowed me to further all the areas in my life alongside great coworkers. Aside from working at BIF, I enjoy playing Super Mario World 2: Yoshi’s Island while eating peach cobbler. 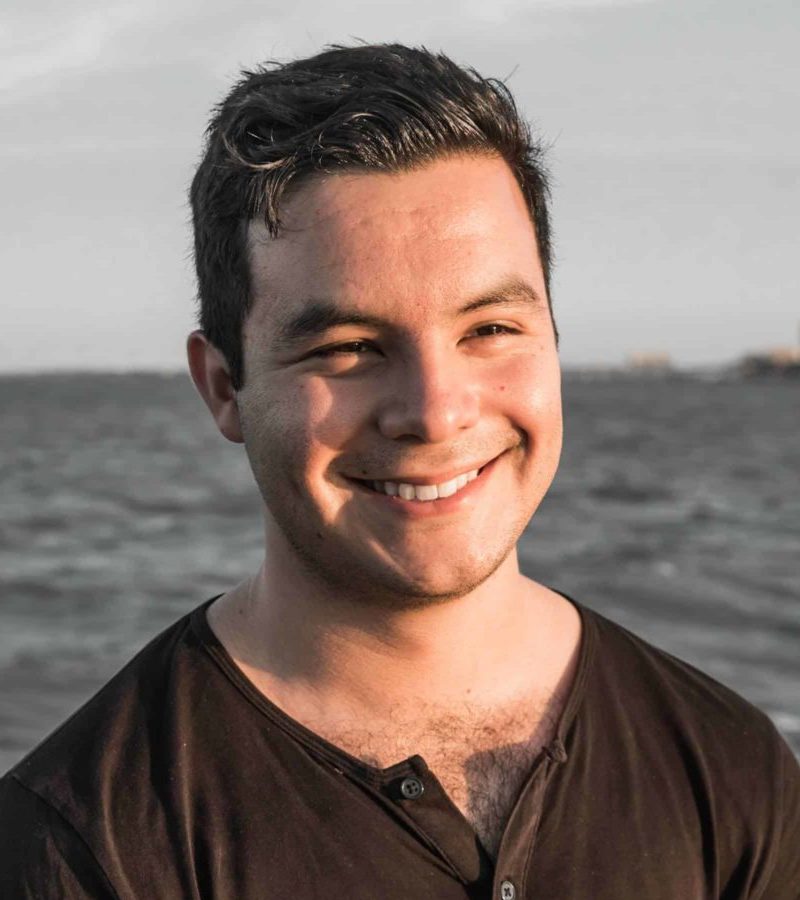 Solutions Developer
My name is Marco Roman and I am a Solutions Developer for BIF Technologies. I received my bachelor’s degree in Computer Science from California State Polytechnic University Pomona in 2017. My main responsibility is providing full stack development support for BIF’s proprietary business reporting tool, BrainJack. A fun fact about me is I discovered I had absolute pitch during my first year of playing bass guitar, which is a somewhat rare ability to accurately identify musical pitches/keys without any point of reference. 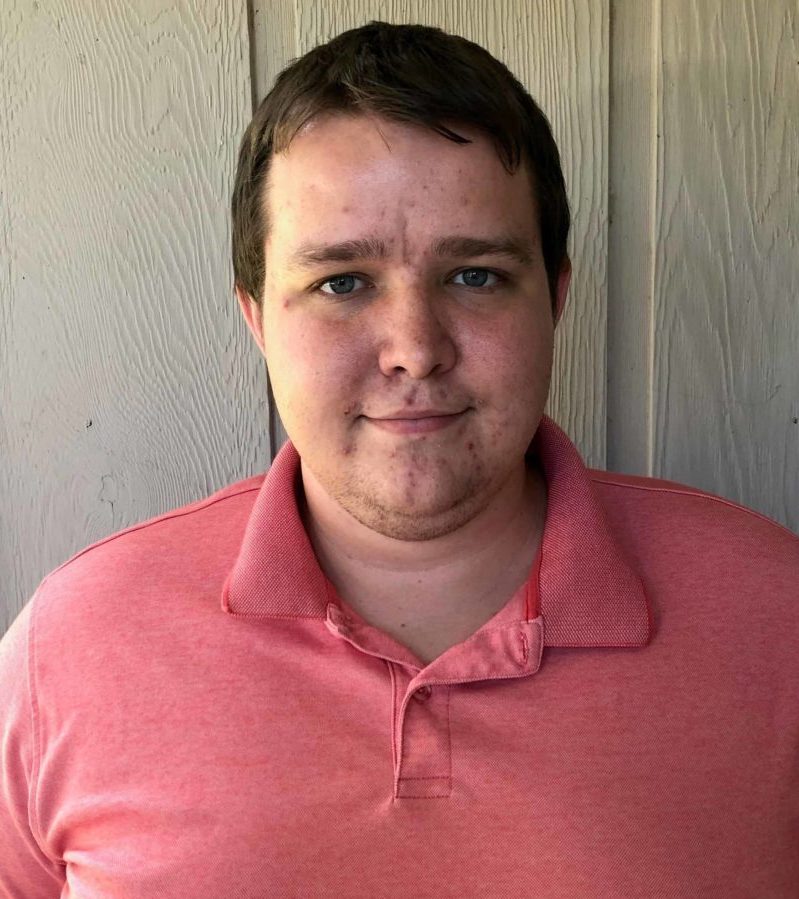 Solutions Developer
My name is Michael Gotcher and I am a solutions developer for BIF Technologies. My main responsibility is creating solutions to development tasks. Alongside generally coming up with solutions, I am one of the leading developers on BrainJack’s ActiveBI and pivot table technology. I recently graduated from UTSA with a B.S. degree in computer science. Working at BIF means choosing to work alongside others, constantly striving to push each other into higher quality work and constantly helping each other get better. I get to do this with a team that encourages me to grow and is willing to oversee my personal development. 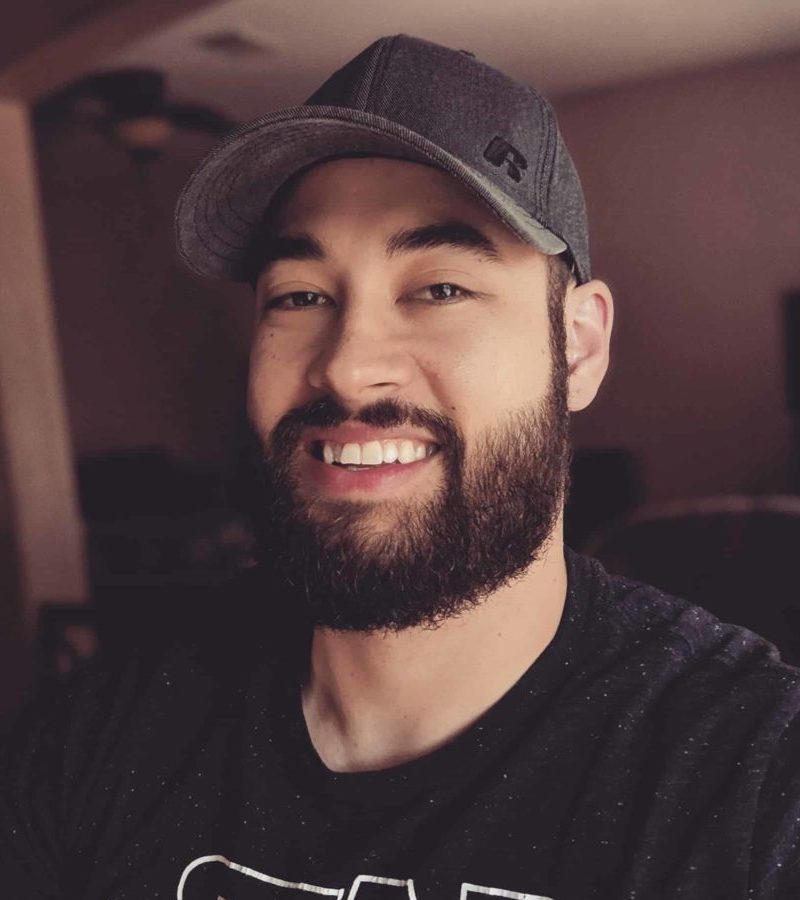 Web Application Support
My name is JJ Cournoyer and I provide web application support for WMSNi. In that role, I manage Remedy tickets and develop SQL scripts that help diagnose and deal with issues encountered during the day. My prior experience includes (1) serving the US Army working at a help desk in Iraq, (2) rendering desktop support at IMD at Fort Hood, (3) working as a Tier 1 Agent at GSC, (4) supporting a project called SCCM, and (5) providing desktop support for NAVMISSA.
Working for BIF Technologies has been really awesome! It is very different from any other job I’ve worked; it’s the best job I’ve ever worked by far because it feels like you’re working with friends and family who truly care about you. 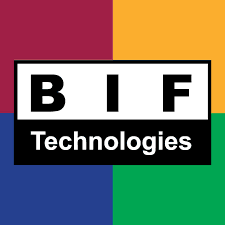 Solution Developer
My name is Graeson Smith. I have been a solutions developer since November of 2019, specifically associated with the statistical process control and artificial intelligence implementations of the BrainJack™ Active BI system. I am currently enrolled at UTSA planning to get a Bachelor’s Degree in Computer Science with a concentration in Software Engineering. On my off-time and when I’m not working on academics, I enjoy video-games, cardistry, reading, and solving the Rubik’s cube. Working with BIF provides me with the opportunity to have hands-on experience with what I like to do the most in a comfortable environment along with a supportive group of coworkers that brighten my day.

Solution Developer
Apologies! My information is in transit!